We developed a positivity limiting strategy for entropy stable discontinuous Galerkin discretizations of the compressible Euler and Navier-Stokes equations based on convex limiting. The key ingredient in the limiting procedure is the low order positivity-preserving discretization based on graph viscosity terms. The proposed limiting strategy is both positivity preserving and discretely entropy stable for the compressible Euler and Navier-Stokes equations.

We developed a novel discontinuous Galerkin-Fourier method for systems of nonlinear conservation laws. It is suitable for simulating flows with spanwise homogeneous geometries. The computational domain is discretized into wedges, and the approximation space is the tensor product of polynomial basis and nodal Fourier basis. The construction of such methods depends on the summation-by-parts (SBP) operators. In particular, we used the hybridized SBP operator introduced by Chan and the spectral differentiation matrix. The resulting formulation satisfies a discrete entropy inequality. We accelerate the implementation using GPU, and we divide the computation into two passes, one through triangles, another through Fourier slices, to utilize the data locality.

Figure Sparsity plot of the hybridized SBP operators and the spectral differentiation matrices. Highlighted nodes correspond to flux evaluations in the physical space. 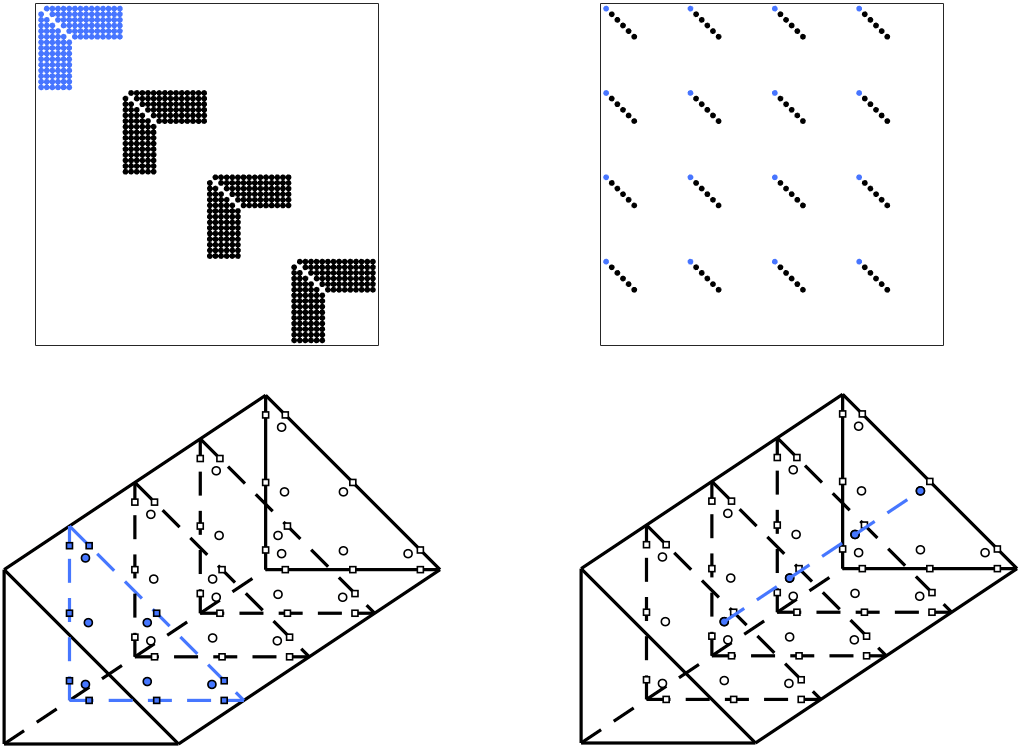